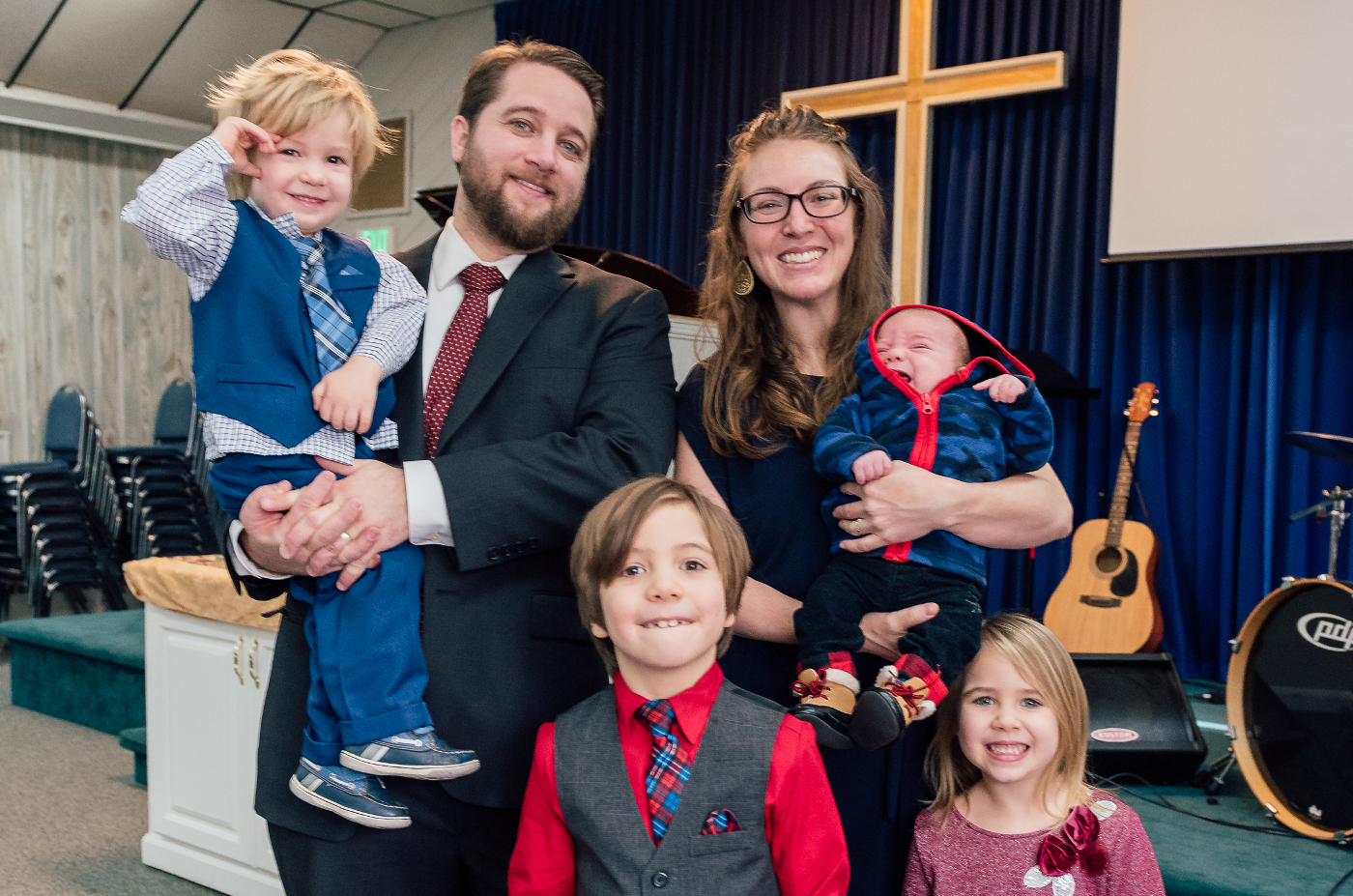 Caleb Bunch is a Jesus follower, husband, father, pastor/church planter, and a lover of books, travel, and film. He was born and raised in Chanute, Kansas. He has ministered as a missionary on four continents, and loves to share the gospel with the lost. Caleb married his best friend and love of his life, Ashley on Oct. 10, 2009. They now have four children: Asaph, Petra, Athanasius, and Mordecai. Caleb is a graduate of The Southern Baptist Theological Seminary. 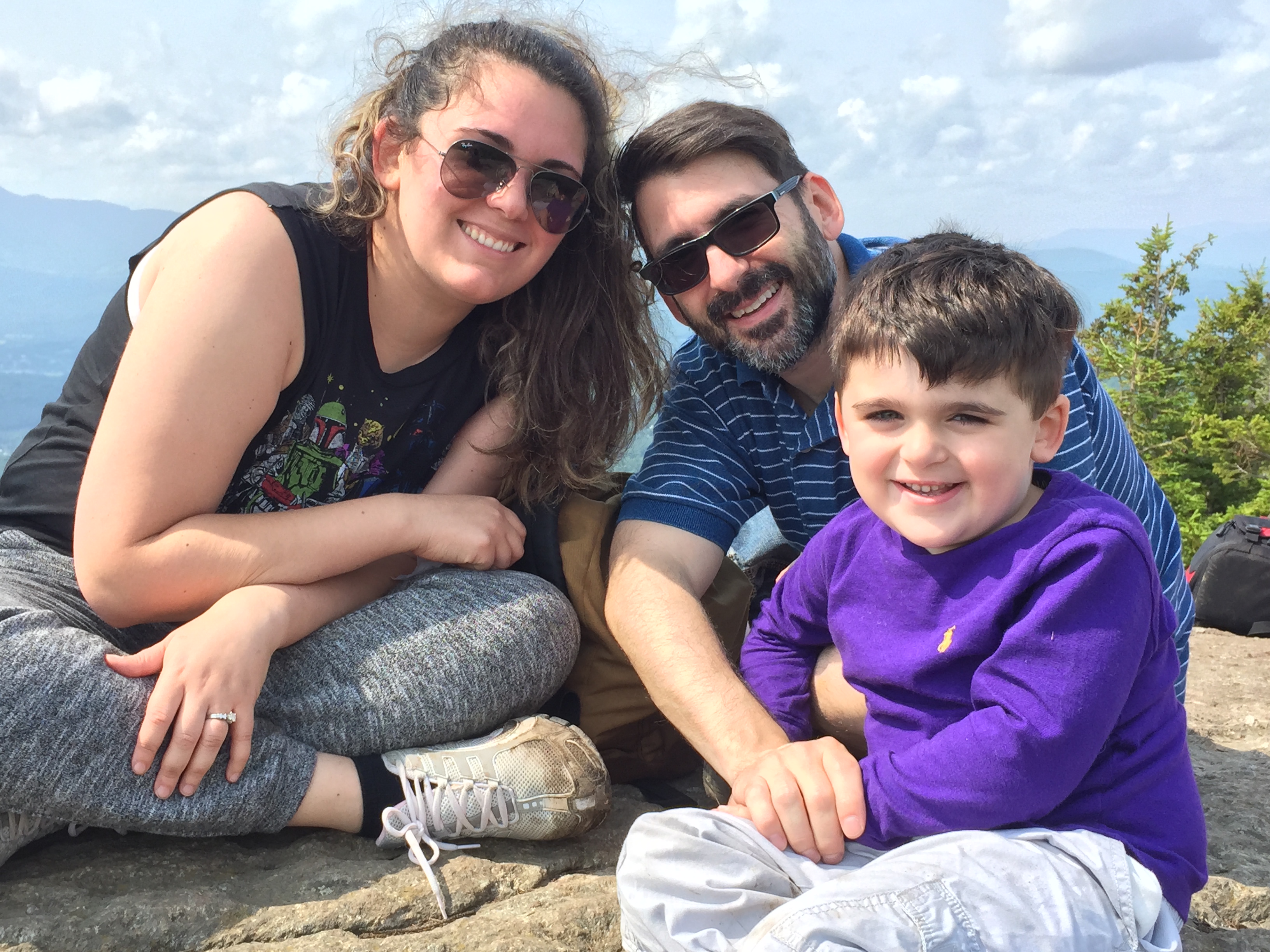 Michael Neglia is Redeeming Grace Fellowship's temporary Worship Leader. This is true because he's really a bass player, and only fakes playing the guitar. He is highly dependent on the chorus helpers to make it appear he's anywhere close to singing in tune. This gives Psalm 98:4, "Make a joyful noise unto the Lord", a quite literal meaning. Mike is an avid reader of theology books, church history books, as well as the fantasy writings of J. R. R. Tolkien, C. S. Lewis, and others. He is also a huge Star Wars geek and isn't ashamed to admit it. Mike has received his Bachelor's and Master’s degrees in Music Education from the Aaron Copland School of Music at Queens College, and has been a ninth grade Orchestra Teacher in the Brentwood Union Free School District since 1998. He and his lovely wife, Heidi have one exceptional son, Logan, and live in Hauppauge. 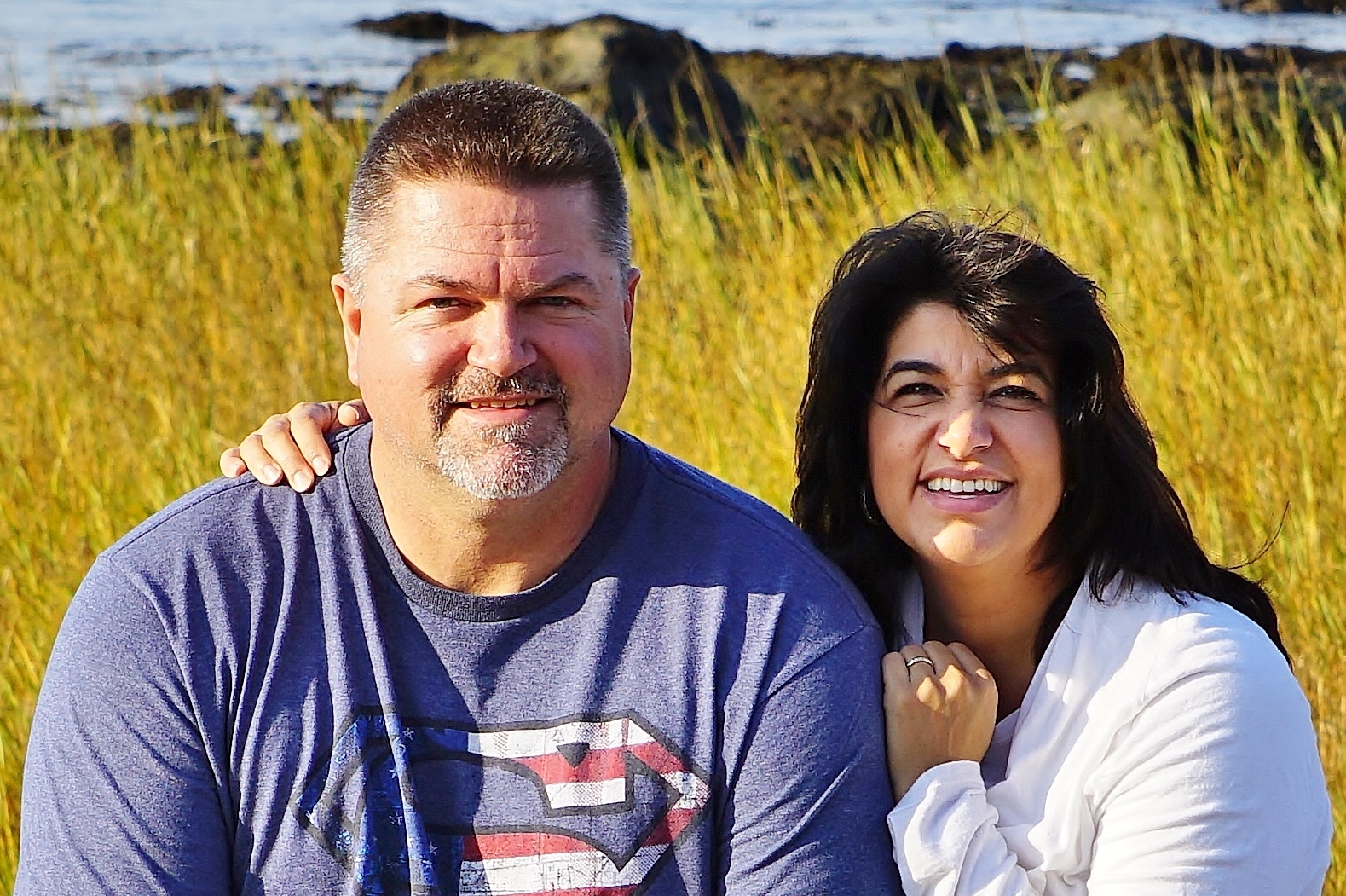 Steve Schultz graduated from Ohio’s Miami University with a degree in psychology, from Liberty University with a master’s in Secondary Math Education, and from Queens College with a post-master’s degree in School Building Leadership. He currently serves as headmaster, coach, and American Heritage Girls Chaplain at Grace Christian Academy in Merrick. Steve has been an elder and happily married to Genie since 1997. He is the proud father of Hunter, Kaylah and Taylor, a diehard Steeler fan, and a chocoholic. 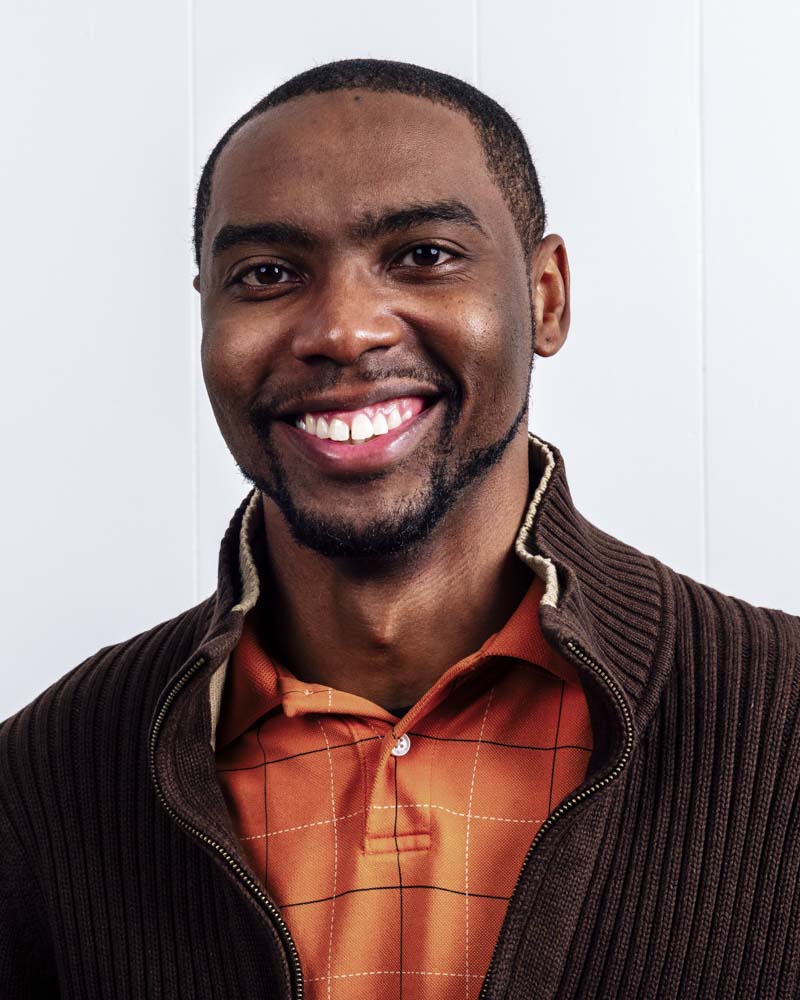 Ray McGann grew up in Queens NY, before moving down to Palm Beach Florida. He is the eldest son of four children born to two loving Jamaican parents, and he often says that he feels most at home wherever he has quick access to: good reggae music; soccer and; delicious food (like Stew Peas). Taking great comfort in knowing that his ultimate home is in heaven with his King and Lord Jesus Christ, Ray considers it an incomprehensible grace, and joy, to be able to know and serve such a wonderful savior. As a law clerk, Ray seeks opportunities to share how Christ, as mediator, saves sinners from their ultimate judgment of eternal punishment, by reconciling them to the one true sovereign, loving, holy, and just, God of the heavens and the earth. Ray enjoys learning about the Bible and theology, and his favorite book to read for fun is Pilgrim’s Progress. His favorite soccer player is Zinedine Zidane (minus the famous World Cup head-butt), and he enjoys a good Chuck Norris joke. 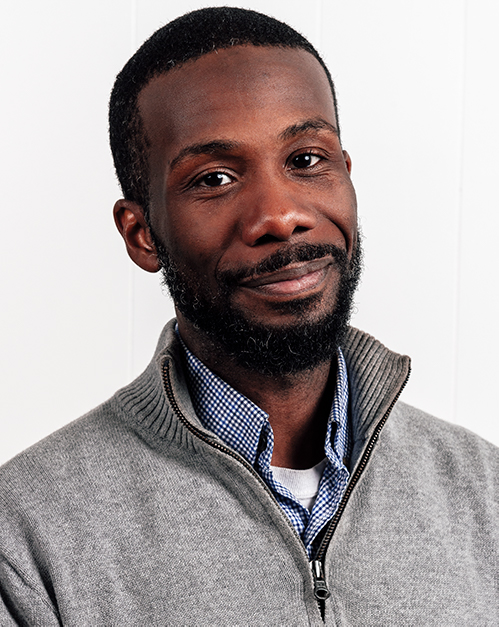 Ben serves as one of the deacons at Redeeming Grace Fellowship. He often refers to himself as a “Junior Deacon”, because even though he enjoys serving the Lord, he sometimes can’t remember which light switch controls what. As a Letter Carrier for the USPS, Ben uses his occupation as a way to share his faith with people he encounters, as God allows. He and his wiser, prettier half Ruby, homeschool their four wonderful kids: Seraph, Caleb, Ethan, and Kayla. His hobbies also include filmmaking, photography, and bed-side snack-smuggling. 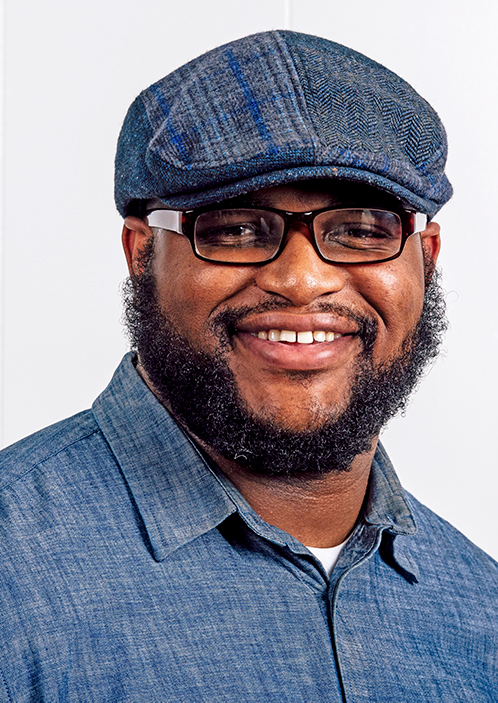 Jean is from Westbury, a town just 15 minutes northwest of Redeeming Grace Fellowship, and now lives in Levittown with his wife, Sharmayne, and their lovely daughter, Zoë. He and his family have been a part of RGF since January of 2017. Although he was baptized at 16, he didn’t fully grasp and embrace the Lordship of Jesus until the age of 22 when he learned the doctrines of grace. Jean serves as a deacon, worship leader and as a member of the audio/visual team. He runs a visual media production company and loves spending time with his family. Jean is a foodie and one of his favorite dishes is one from his very own Haitian culture called Legim. 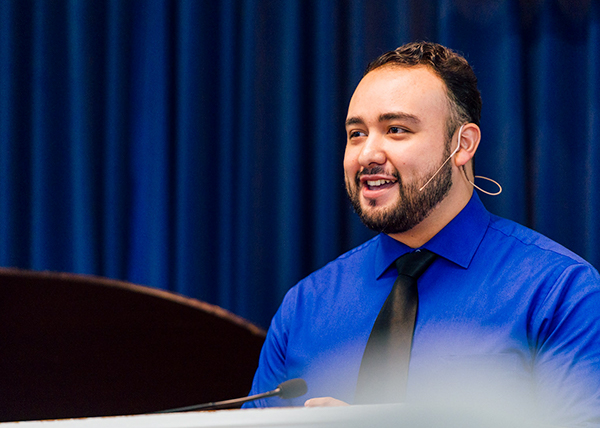 Jonathan Rodriguez is a native Long Islander, but his parents are from Guatemala. Fluent in both spanish and english, he enjoys both cultures. He is a lover of books (theology, devotion, and history), mechanics, and outdoor activities. Jonathan also serves in the youth ministry as a leader, and is currently a student at Farmingdale University studying Industrial Technology/Mechanical engineering.